There are so many new things introduced every day in the modern world that is developing fast day by day. It is sometimes difficult to choose among various options, for example find a contraceptive method that fits you just right. We hope this article will be helpful and you find the answers to most questions about contraception that you have.

All contraceptives can be put into 3 groups:

Group 1: methods with no user failure

You do not have to remember to use or take contraceptives from Group 1 regularly. Their effect is permanent; it lasts from several months to several years. You should only go to the doctors’ once it is several months or years to get the contraceptives replaced in time if you are not planning a baby in the nearest future. You can neither fit nor remove such contraceptives yourself.

The effectiveness of all contraceptive methods in the group is over 99%.

The intrauterine system (IUS) is a small plastic device releasing progestogen which is put into the uterus. It has a T-shape and is often called a coil. The IUS works for up to 5 years, however, you can take it out sooner if you want to. Though you might have spotting or irregular bleeding at the beginning, the symptoms usually go within 6 months. After that periods become less painful, shorter and lighter.

Intrauterine device (IUD) – is a different type of a coil made of plastic or copper which is put into the uterus. There are several types of IUD all shaped differently. They can stay in from 5 to 10 years depending on the type but they can be taken out whenever you want to. A disadvantage of this method is that your periods may become longer, heavier or more painful then usual so if your periods are normally heavy, you should not choose an IUD as a method of contraception

The contraceptive injection is another easy way to prevent an unwanted pregnancy. The injection releases progestogen into your body and you do not need to think about contraception for 8-12 weeks when you need to go to the doctor’s to have your injection done again. You should make sure that this method is suitable for you because if there are any side effects, they will last while the injection works and even longer.

An implant is a small 40-mm by 2 mm flexible rod releasing progestogen which is put under the skin on your upper arm. The contraceptive effect lasts for 3 years though you can take it out sooner if you want. It is quite popular nowadays though it needs a special small procedure to fit and remove it.

Group 2: contraceptives with the chance of user failure

The 2nd big group of contraceptives includes methods with the chance of user failure. It means you should always remember to use them at the time you have sex or take them regularly. If you use such contraception exactly according to the instructions and doctor’s recommendations, the effectiveness of almost all of them is over 99%.

Mini-pills are progestogen-only pills. As the pills do not contain anything else but the female hormone progestogen, they can be taken during breastfeeding. They are also suitable for women-smokers and those over 35. Choosing this method of contraception you should be ready to take mini-pills at the same time every day. A late pill as well as diarrhea or vomiting increases the likelihood of the contraceptive to fail.

Dr. Lara Stone
Gynecologists
Ask Question
Combined pills contain progestogen and estrogen. The pills should be taken regularly. The mechanism is the same as that of mini-pills. Some combined pills are not recommended to be taken during breastfeeding.

Male and female condoms are made of a very thin soft latex or polyurethane. Condoms are really effective when you want to protect yourself or your partner from sexually transmitted infections. A male condom is put over the erect penis, a female one lines the vagina loosely and protects the area just outside. Condoms can split if you put them on incorrectly or chose the wrong shape or size. The effectiveness is 95%.

A contraceptive patch is placed on your skin. It can sometimes cause irritation or may be seen. The patch makes your period less painful, lighter and regular. It is over 99% effective.

Diaphragm or cap with spermicide is a silicone or latex device that is supposed to be inserted into the vagina before the coitus. You can only use one cap for one intercourse if you have sex again you should use another diaphragm or extra spermicide.

Natural family planning can only be up to 99% effective if you know exactly when your fertile and infertile days of the menstrual cycle are. “Knowing exactly” means you have considered your cycles for at least one year and you also use ovulation tests.

If you use it accurately according to teaching it almost never fails. It does not have any side effects. On your fertile days you should use other contraceptives such as condoms.

A contraceptive vaginal ring is a flexible plastic ring releasing estrogen and progestogen. As can be seen from its name, the ring is put into the vagina. It should be worn for 3 weeks with a week off when the period comes. Some women find it difficult to insert and remove the ring. It does not protect you from sexually transmitted diseases. If the contraceptive vaginal ring is used according to the instructions its effectiveness is over 99%

There are 2 types of emergency contraception:

We recommend you should always take your doctor’s advice in order to make the right decision about your contraceptive methods. 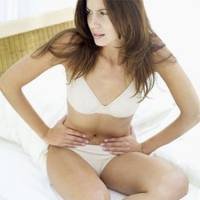 How to cause a menstrual period?
Before you decide to follow advice from this article
01.5k.

1 and 2 Weeks Pregnant
What does the second week of pregnancy mean?
03.7k.
This site uses cookies to store data. By continuing to use the site, you give your consent to work with these files.