The symptoms of an extrauterine pregnancy

The pregnancy test is positive, all symptoms of the pregnancy are evident, but the scan can not see the embryo. Your lower abdomen hurts and you probably have unusual discharge. This is a brief description of the signs of abdominal pregnancy. Only 1-2% of all pregnancies are extrauterine, so-called because the fetus has implanted outside the uterus.

Regardless of the type of extrauterine pregnancy, there are all the symptoms of normal pregnancy:

These symptoms are accompanied by bad pain and colic in the low abdomen that becomes worse and worse day by day. Sometimes there is a strange discharge that you should not confuse with a period. Unfortunately, the embryo that has started developing in the tube, has no chances. The fallopian tube can not replace the womb and the tube can not stretch according to the growth of the fetus.

A lot of people are interested if it is possible to detect an extrauterine pregnancy by the dynamics of hormone HCG. Unfortunately the answer is not. As stated in the introduction, such a pregnancy is different from a normal one only in the site of implantation of the embryo. HCG will be developing normally until such a pregnancy stops or is removed by surgical interference.

How to recognize extrauterine pregnancy?

When can one detect an extrauterine pregnancy? An experienced doctor doing scans will be able to see the symptoms starting from the 4th week of pregnancy. Even if they can not see the embryo itself, they will be concerned if they detect swelling in the fallopian tube or a build-up of liquid behind the womb. If the size of the womb is smaller then the expected size for that duration of pregnancy, it can also be a symptom of extrauterine pregnancy. The scan can see the fetus clearly starting in the 6th week of pregnancy.

The causes of such pregnancies are varied and individual. The vast majority of women diagnosed with extrauterine pregnancy have undergone surgical operations in the abdominal cavity. caused The incorrect development of the pregnancy can be caused by the tubal obstruction due to inflammation or infections or uncured endometriosis. Currently the doctors tend to think that low levels of estrogen can also because of the tubal obstruction.

It is impossible to predict or prevent extrauterine pregnancies. If you are in the high-risk group, your doctor and you should observe the development at the beginning of your pregnancy especially carefully. Early detection, timely intervention and strong psychological support are the components that will help you overcome a diagnosis. No matter how frightening it is, this is not the end of the world and you have all possible chances for normal pregnancy in the future. 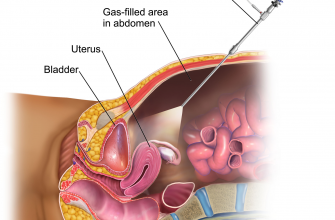